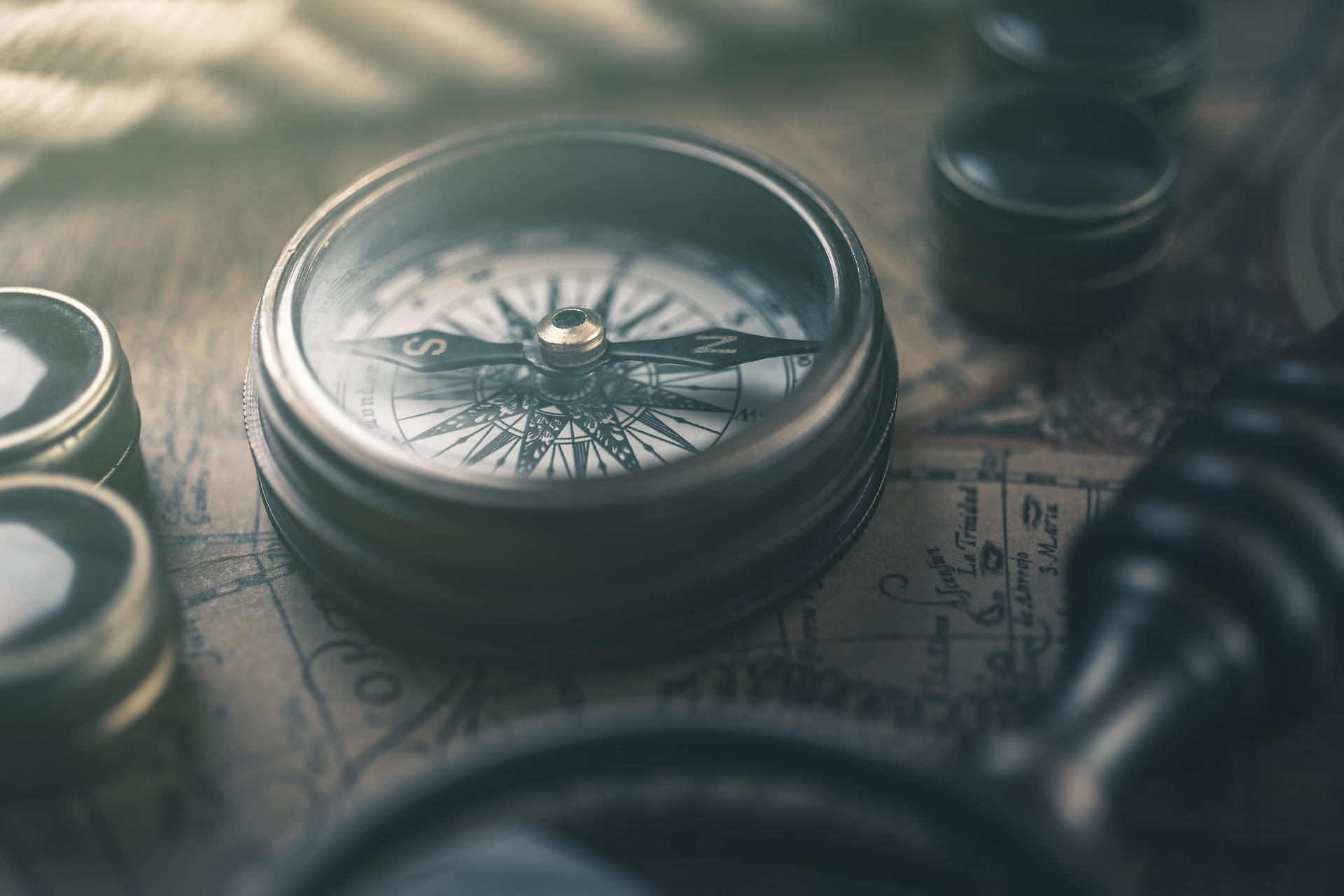 Yet a man who has such a purpose is rare these days. Despite it being every man’s duty, a mission is not something that boys are taught to aspire to, plan for, or even think about.

Why? Well, missions are dangerous things. A man with a mission is driven, and quite alarming to a feminized society. He is also very threatening to our elites. He is hard to influence, hard to control, hard to kill. He is inclined to build things and muster movements that could topple the whole house of cards.

This makes him the only kind of man fitted to the times in which we now live; times which are openly dystopian:—

This is the reality.

For many men, what has been seen cannot be unseen. And if you have seen it, you may not have realized this, but you are witness to the power of mission.

Leftists understand and truly believe in this power.

They believe it in a way few Christians do, which is why we are where we are—and why the only kind of Christian men we need right now are those with a mission.

We need men who will not return to the boiling pot…no matter how smoothly the media, compromised ministers, and government assure them that the bubbles are no big deal.

We need men who have eyes to see that the aggressive moves of Big Gov, Big Tech, and Big Media to silence conservatives is no conspiracy theory—and that the real conspiracy is the censorship efforts themselves.

We need men who understand that, just as in Jesus’ day, the psychology of the elites does not change—they are, first and foremost, hypocrites (Matthew 23), so projection is their stock in trade—and will not consent to be gaslit.

We need men who, though they do not understand how their efforts will fit into the grand tapestry of history, are determined to simply resist without getting delusional ideas about revolution.

We need men who are willing to be as serious about having a mission as our enemies are.

This is the only way to develop the resilience and shrewdness and tenacity to keep forging ahead, despite the uncertainty of the future and the waxing plans of the wicked.

It is how we will win.

Not through a grand coordinated counter-coup. Through the simple, faithful work of individual men pursuing personal, godly missions for their lives and for their households.

What is a mission, that it can achieve such a thing? Simply this:

A mission is an intentional plan for how you will personally exercise dominion on God’s behalf, building his kingdom and bringing him glory, using all that he has given you.

A mission keeps you on track, tells you what to fight for, and gives you a fixed point for your priorities—no matter how wild things get.

Figuring out a mission is not as difficult as it sounds. Men typically get tied in knots here for three reasons:

Scripture refutes each of these three errors, and we can look to the creation of Adam especially to see how. Being descended from Adam, we are to take over his work—his (co-)mission. That is literally what we are made for. It is our covenant purpose (rejecting it leads to clown-world).

Well, to begin with, Adam’s mission is not overly “spiritual.” He was to be fruitful (productive), to multiply and fill the earth (reproductive), and to exercise dominion (ordering the world). This certainly had a spiritual component—naturalistic reductionism is no more biblical than gnostic reductionism. But the primary work that he was given, the work of tilling the ground, was notably ordinary and physical. In other words, his mission was inseparably vocational; and as a son of Adam, you should be looking for a similarly vocational mission. The spiritual component of this is not some kind of separate work—rather, your ordinary labor is spiritual work because it is done in service of the Lord of Spirits, through the power of the Holy Spirit (Romans 12:1–2).

Next, while you might think that having dominion over creation is pretty grand, and it’s true that Adam was made to rule as king in God’s stead, there are two important things to remember about this:

Finally, speaking to the desire we have for clarity, God gave Adam a specific goal—but not a specific path to get there. He did not provide a Gantt chart or kanban board or timeline breakdown, pre-populated with every step of the program. Rather, he gave Adam his word, and his own image, so that he could learn to apply wisdom to his vocation, and achieve his mission through trial and error. So while a mission should be specific, that does not mean that you have to have mapped out each step for the next X years. A mission is not a map. It is more like a distant mountaintop, which you must figure out how to navigate to. That requires exploring the terrain to find a good route, and often it means using the compass of wisdom when the mountain is concealed from view.

One man in the modern day who has impressed me with his pursuit of a manly, godly mission is Andrew Torba* of Gab. Presumably Gab needs no introduction; it is a social networking platform; a kind of Facebook/Twitter mashup. If you’re not familiar with its history, check out Andrew’s story in his own words here.

Andrew started Gab in 2016 as a social platform where free speech would truly be protected rather than crushed. He was way in advance of most Christians in both foreseeing and experiencing the kind of cancel culture we are all becoming familiar with.

Although I do not know him personally, it is not hard to detect that Gab is truly his mission. He has been resolute in building the platform in the face of genuinely remarkable opposition—including being deplatformed by server hosting companies, payment processors, banks, email providers, and many other companies. Instead of whining and giving up, he has doggedly worked to eliminate the sand from his foundation, pouring his own concrete by building his own infrastructure when solid rock proved impossible to find (cf. Matthew 7:24–27).

You can see how each of the three points I highlight above have worked out in what Andrew is doing:

OK, but what about me?

Torba’s example is helpful, even inspiring, but how do you apply this to your own life? You are probably not planning to start an alternative social media platform. So what should you do? How do you figure out your own mission?

The good news is that God has already given you everything you need to start working on this, regardless of your lot in life. He has given you specific interests, specific skills, and specific opportunities in the form of your life circumstances. This means that you only need to ask some basic questions to figure out a mission for your life.

Looking at these things—interests, skills, opportunities—is really all it takes to work out God’s will for you. Although the patterns of providence in your life will reveal his plans in more detail, this is a long-term and generally retrospective way of discovering them. And although dreams and visions are possible, they are exceedingly rare, and there is no reason to think you are so special that God will give you such a clear and straightforward view of what you should do. Rather, he “speaks” through the circumstances in which he has placed you, and the principles of wisdom he has preserved for you in Scripture.

To expand the definition of a mission slightly, then, it is your best effort at wisely integrating your interests, skills, and circumstances into a personal vision for exercising dominion over what God has given you, on his behalf.

You will probably start with a large number of things that fall under both categories 1 and 2; but as you apply questions 3 and 4 to them, you will find that maybe only one or two possibilities remain.

Remember that a mission is not carved into a monolith erected in your name for everyone to see. It is not immutable. It is a best effort—and unless you are completely stagnant, your best will be better next year than it is today. So you should feel entirely free to update, adjust, or even completely change your mission as you work to follow it, and God reveals the path.

A key part of developing a true mission, rather than just figuring out your vocation, is to start drawing a line between where you’re at, and where you want to be at the end of your life. What is your mountaintop? God has given you the compass of wisdom. It is up to you to map out where you’re going as you explore. What comes in between the beginning and the end will fall into place as you take incremental steps towards your goal.

Write out 3–5 end-goals for the following areas:

Your goals should be objectives that you believe are possible, but only with difficulty. Too easy and they will probably happen anyway; too hard and you’re just being a dreamer. Remember that you can always adjust them later as you test them.

Once you have established all this, you will need to move into implementation. But this is a separate and substantial area worthy of its own essay. I’ll have more to share about the process of planning out and achieving your goals in later articles. For now, I hope this inspires you and gets you started on the right track.

* The name Andrew is from the Greek andros, meaning manly, while Torba sounds much like the Hebrew tovah, meaning good. I am probably being over-interpretive, but then, God is a God of names, and I cannot forget Pete Buttigieg and his partner in covenant abomination, Chasten.