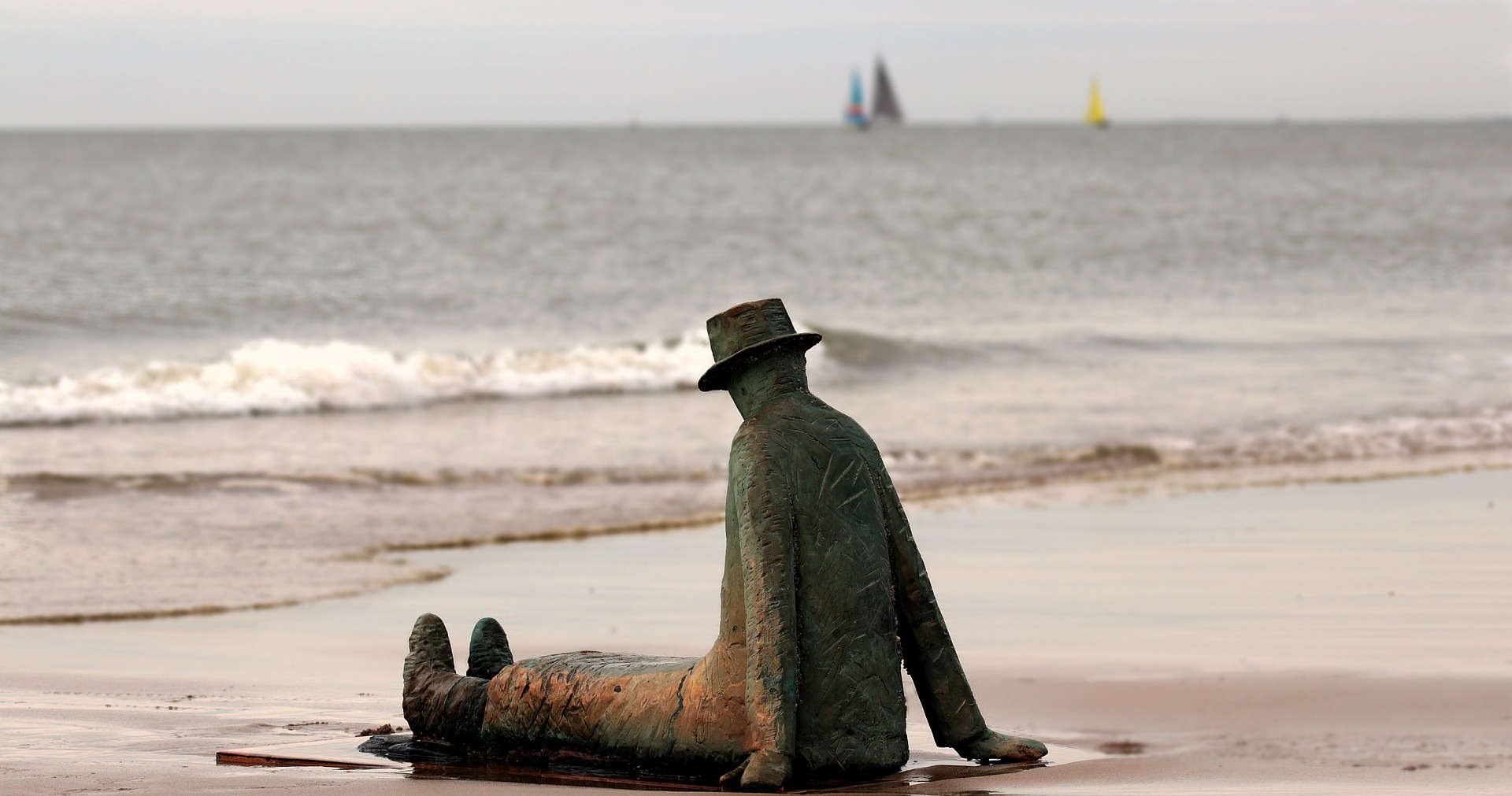 It has become chic in evangelicalism to speak of the “gift of singleness,” and even to denounce the “idol of marriage.” Why do sermons, conferences, and church culture in general treat marriage as the gold standard, and singleness as second rate? It’s exclusionary. It’s hurtful. Won’t somebody think of the singles!

This is usually rationalized on the basis of Paul’s remarks in 1 Corinthians 7, but hopefully it is obvious that the emotional impetus is actually the spirit of our age—the spirit of escaping the oppression of normalcy by celebrating diversity at all costs.

We’ll get to 1 Corinthians 7 in a minute, but first we need to start in the beginning, where God says, “It is not good for the man to be alone,” and establishes the creation pattern that “a man shall leave his father and his mother and cleave to his wife” (Gen 2:18, 24). Whatever Paul has to say about marriage will not contradict this, because the Spirit of God who breathed out all Scripture is not of two minds about this question.

God has built certain norms into his world. With regard to human sexuality, three are of special importance: the norm of men bearing his authority, the norm of men and women becoming one flesh, and the norm of women being fruitful. We focus on this triad because it follows a logic:

These are bedrock structures in the creational design for the sexes. One obvious proof of this, aside from the simple fact that Scripture sets them as a pattern from the beginning (cf. 1 Cor 11:8–12; 1 Tim 2:12–15), is the way that trying to eliminate these structures slides rapidly into what can only be described as madness:

A society which determinedly goes after this triad, which insists on eliminating every strut in this mutually-reinforcing structure of binary complementarity which God declared very good, is a society which must try to normalize singleness and radical individualism. It has no choice.

It becomes a society of mutually-reinforcing sins, filled with people who increasingly bite and devour each other, have less sex, and kill more of their children. Such a society is doomed to wither and pass away; it literally cannot sustain itself.

This is known as judgment.

Needless to say, that which God judges should not be imagined a good thing. Normalizing singleness is a symptom of a profoundly sick and dying culture.

So why is it happening in the church?

(That’s a rhetorical question; I think we’re all well past pretending that the Western church, en masse, has any significant points of distinction with our culture—it no longer reflects the Word outward, but reflects the world inward.)

So do you have the “gift of singleness”?

In other words, has God given you the ability to be a eunuch for the kingdom, and has he called you to do so?

Just playing the averages, the answer is no. Most people do not have this gift. And if you don’t, if you burn with desire, then singleness is not a gift to you. It is what the Bible would call a curse, just as it calls barrenness a curse. When God creates you with normal human desires to fulfill the creational norms he established for humanity, and then prevents you, it is an occasion for lament and prayer, not for putting a brave face on it and pretending that it’s actually a blessing (again, see Fruitfulness is normal for a fuller explication).

This doesn’t mean that you’re under a curse; that God hates you or is punishing you. Neither does it mean that it will not become a blessing to you. It simply means that our Father has afflicted you with something abnormal, in order to work it for your good and the good of all his children (Rom 8:28).

This brings us to 1 Corinthians 7.

“I wish that all were as I am”

When the marriage-is-an-idol brigade breaks out 1 Corinthians 7, it’s for some classic prooftexting. Verses 8, 38 and 40 are the favorites:

No doubt you’re familiar with the saying: a text without a context is a pretext for a prooftext. So what is the context of Paul’s remarks? Although a complete exposition of 1 Corinthians 7 is well beyond what we can attempt here, there are a couple of critical points to remark:

1. Paul is speaking in a time of distress

The import of verse 26 cannot be overstated:

I think that in view of the present distress it is good for a person to remain as he is.

In other words, as the NET aptly puts it, “Because of the impending crisis I think it best for you to remain as you are.”

Does this sound like advice for all Christians, across all time, for all their lives? Obviously not. It sounds like advice for Christians who can expect some kind of imminent persecution. Paul’s concern is that being married increases one’s vulnerability to sin when times of catastrophe arise, because it increases the leverage the world can exert against you; your loyalties can easily become divided between your need to protect your wife or follow your husband, and your need to protect your faith or follow your Lord. One will be anxious (v. 32), and have worldly troubles (v. 28).

What manner of worldly troubles? Are they typical, or unusual? Paul explains explicitly:

We’re not going to get into eschatology here, but the only way to understand verse 31 that doesn’t turn the entire history of the church into “this present distress,” with accompanying extreme instructions that none of us actually follows, is to see it as referring to the fall of Jerusalem and the concomitant upheaval in the heavenly places. Paul here directly mimics the language of the Olivet Discourse in Luke 17:31–34 (cf. Matthew 24:17–22; but remember Paul traveled with Luke). There, Jesus described a crisis and distress to occur before his generation—Paul’s generation—passed away.

Now, we’re certainly open to the notion that this advice could be applied to our present distress of feminism, where men are ruined daily by unjust laws that turn them into debt slaves from divorces they didn’t want. We cannot justify Christians going MGTOW, but we would certainly encourage them to remain single if they do not burn. That said, clearly Paul’s counsel cannot be called upon to overturn the firmly-established norm that a man shall leave his father and his mother and cleave to his wife.

2. Verses 38 and 40 are directed to people already betrothed

This isn’t exactly a minor or subtle point: from verse 36, Paul is specifically speaking to people who are already promised in marriage.

This makes his advice doubly strange—even incoherent—if we are to imagine that the “present distress” is an ongoing and normal state of affairs for the church age. We needn’t spend much time on this point to establish its import; simply ask yourself: if Paul meant to imply that marriage is no longer the ideal and the norm for the church, why would he focus on people already promised in marriage, and advise them not to go through with it…rather than just advising anyone considering marriage that it’s better to avoid it if they aren’t tempted to sexual immorality?

He explicitly says not, “never get married,” but rather, “remain as you are.” Surely what he is doing, then, is not offering universal advice about marriage in general, but rather counseling those of his readers who are intending marriage to suspend the normal flow of their lives for the time being. This on account of some event which will seriously disrupt that flow, and make their lives very hard. Moreover, he does not say the betrothal should be broken off; only that it should be put on hold. If he were intending to give general advice for all Christians, he would not zero in on so specific a case and advise merely a holding pattern; he would speak more generally of anyone considering marriage, and advise they change their plans entirely.

The same is true if, as a minority of translators take it, he is actually speaking to fathers considering giving their daughters in marriage (e.g., NASB). It would be cruel advice indeed to recommend remaining firm, and keeping one’s daughter in the household rather than finding her a husband, if this were advice for all Christians and all time! However, we suspect very few singleness-is-a-gift advocates are comfortable with fathers arranging marriages for their daughters, so there’s probably no need to emphasize this point any further…

Either way, it remains that 1 Corinthians 7 gives us sage counsel that exactly mimics Matthew 19:10–11:

The disciples said to him, “If such is the case of a man with his wife, it is better not to marry.” But he said to them, “Not everyone can receive this saying, but only those to whom it is given.”

If it is given to you not to marry, if you have the gift of celibacy, then it may well be to your advantage—and the advantage of God’s people. But don’t confuse this with a gift of singleness, let alone a norm. Because if you cannot exercise self-control, then the creation norm does indeed stand: you should marry, for it is better to marry than to burn (1 Cor 7:9).