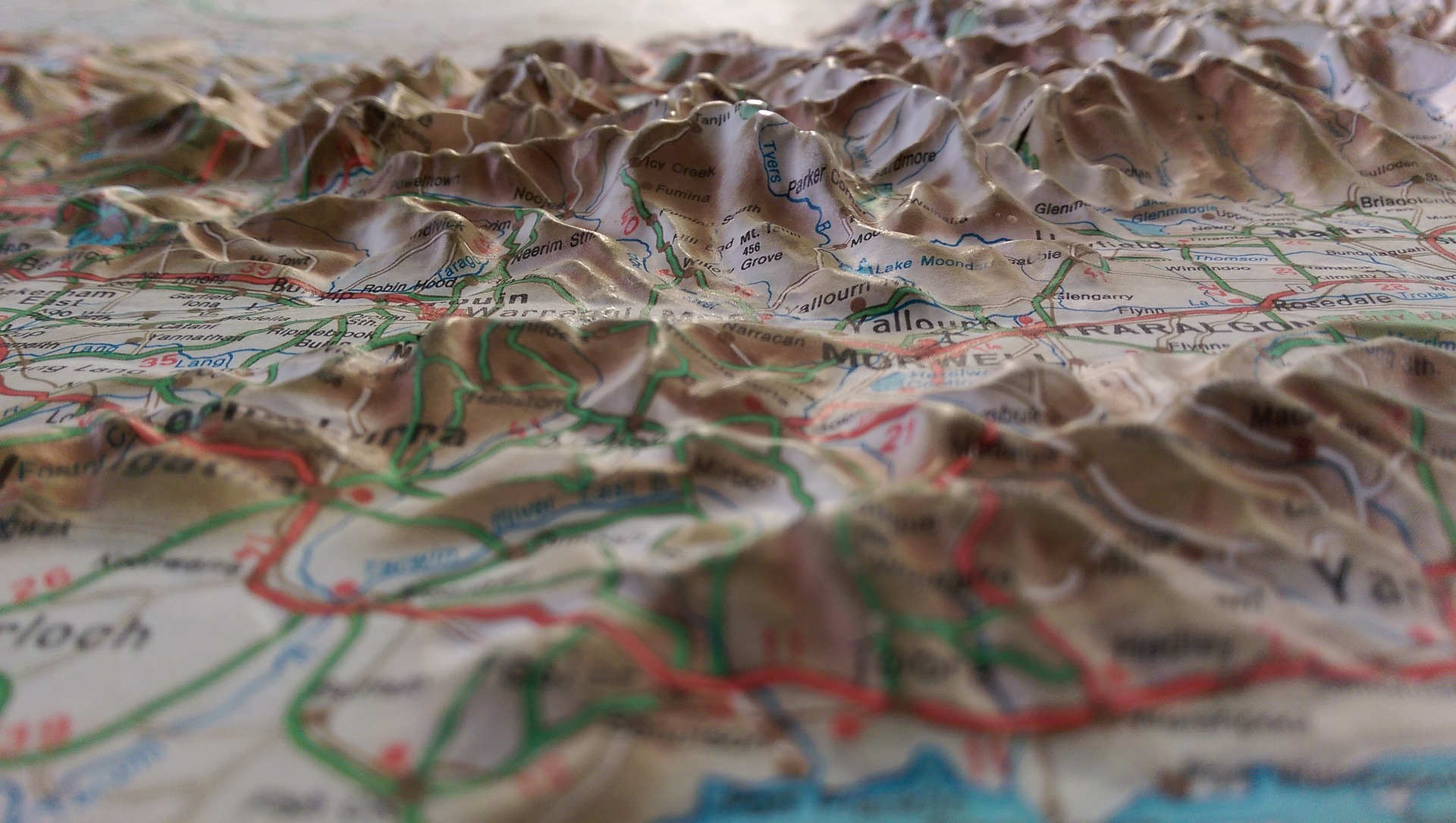 The modern mind is like a Klingon disruptor—it is designed to atomize anything it is trained upon. This is nowhere more evident than in the glib comeback of evangelicals encountering biblical sexuality, and finding it out of keeping with their modern Western sensibilities:

Got a verse for that?

This question is frustrating in the same way as being asked if your mother knows you’re gay: it contains within it a presupposition which, though bogus, tends to look more legitimate the harder you try to dismantle it.

In this case, the presupposition is that we can and should atomize the text of Scripture into isolated prooftexts that summarize key doctrines, from which we can then read off the Cliff’s notes of God’s mind on any particular issue. For instance, should wives submit to their husbands? Well, there’s Ephesians 5:22, which literally says that, so while it seems like an odd stipulation, we’ll need to make it an article of faith. Can women preach in church? Well, there’s 1 Corinthians 14:34, so to paraphrase Mr. Incredible’s boss at the insurance company—speaking through clenched teeth—“the law requires that I say no.” How about women preaching to other women? Ah, well that’s not covered, so…must be fine.

This approach reflects an unwillingness to deal with both the Word and the world as God actually gave them to us. We have accrued a scientistic mindset that has deep-seated insecurities about qualitative measurements. So we idealize and abstract away the whole, until all that remains is tersely abbreviated parts. We take the living body and dissect it, carefully desiccating the members and arranging their preserves into systematic taxonomies with little connection to their natural relationships.

To vary the metaphor, if the church were a car design school, we would have gotten into the habit of learning and teaching using nothing but technical manuals. It’s a good and necessary thing to understand the components of a car, and how they fit together—but if all you ever do is look at the parts, you never actually see the shape of the car itself.

In the same way, evangelicalism has lost the concept of theological shape. We know all the components that go into a car…but we don’t know what a car looks like anymore. So if someone asks, “Can we make more use of space-saver tires by fitting them to at least a couple of wheels all the time?” some of us sense that maybe something isn’t great about that idea, but the manual doesn’t say not to use space-saver tires, and after all they can be fitted and driven on, so…it must be ok?

Of course, anyone just looking at a car on space-savers knows that something is wrong. 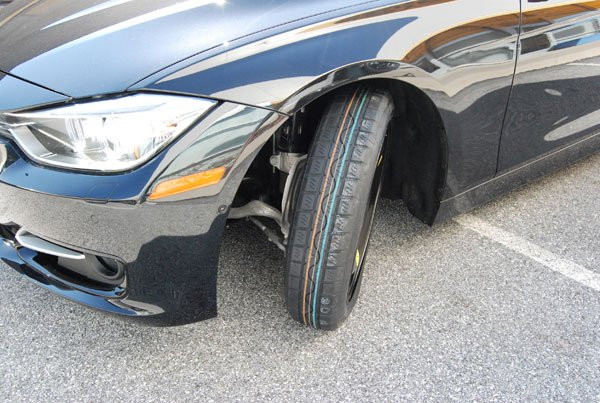 Modern evangelicals have forgotten how to spot basic design issues because they have forgotten how to look at the shape of the car, and they have also forgotten how to drive it. They’ve lost track of the patterns of Scripture, and of the importance of embodied experience for informing our judgments. They have forgotten the relationship between form and function, and are now convinced that what a car looks and feels like can be entirely deduced from its technical manual. If something can’t be found in systematic theology, then it doesn’t exist to be found—and anyone claiming otherwise is going beyond the word of God.

But God made both the world, and the man, out of dirt—not diamond. And he gave us his word as literature, not logical syllogisms. So whereas modern Christians want sharp lines that we can measure precisely, what God gives us are rough edges that we cannot. Modern Christians demand verification. God gives us a vibe. This messiness is vastly exacerbated with sexual distinctions, because we have lost much of the sexual grammar that our forebears took for granted.

This Enlightenment mindset is what we mean if you hear us talking about the neognosticism of evangelicalism. It is the mindset that says, for instance, that God did not give us instructions on what to wear to church, so there’s no reason a woman can’t wear yoga pants—but then turns around and calls you a pervert if you notice that she might as well have come naked with her legs painted gray. It is the mindset that says head coverings are inconsequential in the modern day because that was just a cultural custom—but then turns around and says that the consequence of requiring women to veil themselves is oppression and humiliation. It is the mindset that says embodied existence doesn’t matter—except when the right person notices that it does.

All this to say that church culture is created by people who spend most of their time living in secular culture—and secular culture has the same hypocritical, self-contradictory approach to God’s design as all unbelievers (cf. Romans 1:21, 28, 32). So when we assess the kinds of questions that would evince outrage in our secular culture—whether women may preach, or bear the sword, or what their place is in the home, etc.—we cannot ignore our secular conditioning, our inherited deficiencies and insecurities, as if they were irrelevant to interpreting Scripture.

If (when) we do, we’ll think that it’s perfectly reasonable to demand unnatural levels of meaning from the specific texts we examine, meanhile missing the whole shape of sexual theology behind them. This is exactly what got us into our current predicament, where evangelical leaders just can’t find a prooftext against X, Y and Z abominations, and so they just can’t figure out how to condemn them.

The authors of Scripture, the apostles, Jesus himself, were not trite prooftexters. They followed the patterns of Scripture and creation; they saw and understood the shape of God’s revelation, both general and special. An excellent example is 1 Corinthians 14:33–35:

As in all the churches of the saints, the women should keep silent in the churches. For they are not permitted to speak, but should be in submission, as the Law also says. If there is anything they desire to learn, let them ask their husbands at home. For it is shameful for a woman to speak in church.

The Law Paul speaks of is the Old Testament, as indicated by his usage in verse 21 where he cites Isaiah 28:11–12. But where does the Old Testament say that women should not be permitted to speak in the congregation? Where does it say that such a thing is shameful? There is no prooftext in the Law to this effect; no single verse a complementarian can go to to unequivocally show, in as many words, that women should not speak in worship. Yet Paul, discerning the entire character, form, and shape of what is said about men and women from Genesis 1 to Malachi 4, states confidently that the Law says this all the same—and he expects his audience to know it, to verify it.

Would a complementarian be able to verify this claim from the Old Testament? Would he know that God expects him to? If Paul had not said, in as many words, that women should not speak in the assembly, would he even believe it? He would not. The evangelical hermeneutic works in the opposite direction to the Bible’s: a modern evangelical can tell that the Law prohibits a woman from speaking in church (if he believes it) only by seeing that Paul said so. He cannot tell that Paul is right by seeing that the Law says so. He does not see that in the Law—as evidenced by how he does not see any other prohibitions in there against popular abominations, like women serving as police officers or presidents. On issues that our culture condemns, he can find patterns in the Law to justify the condemnation—child soldiery and pedophilia, for instance (though on the latter, let’s not count our chickens). But on issues that our culture commends as empowering and good for women? On assuming duties that it says he would be a toxic misogynist to condemn? Without a prooftext, the Law is silent to him on those questions. Opaque.

Modern evangelicals who cannot see these things as abominations in the Law are surely disqualified from teaching it. How can they be competent to teach Scripture (1 Timothy 3:2; 2 Timothy 2:24) when they cannot read and understand it as Scripture itself models? Are they not rather like the certain persons in 1 Timothy 1:7, wanting to be teachers of the Law, even though they understand neither what they are saying, nor the matters about which they make confident assertions?

By the same token, then, if someone reads Scripture—and nature—as Scripture models for us, and then claims to see a shape to human sexuality that swells beyond the edges of any particular verse, is the best response really to say, “got a verse for that?” Is this not like saying, to someone who sees a mountain in the middle of a plain, “got a GPS coordinate for that?” Or, to someone warning that space-saver tires look like a bad idea for daily driving, “got a technical manual reference for that?”

You’re asking the wrong questions. You’re demanding the wrong evidence. What you should be doing is trying to see what they are seeing.

The modern evangelical hermeneutic requires of the lines the kind of meaning that God has actually placed into the shapes. It treats the lines as isometric projections, as exhaustive outlines of every major angle of the shapes of God’s revelations. But they are not isometric projections; they are much more like exposed edges. Neither Scripture nor the world are covered in wireframe grids and coordinates. There are some clear lines—commands, teachings, instincts, behaviors—but they arise from the shapes and structures they fit around. The lines do not describe the shapes—the shapes produce the lines.

This is why so much of the work Michael and I do is looking for the contours, the structures, the shapes of special and general revelation. We want to map out the three-dimensional bulk that the lines—the clear, hard edges—highlight. What is the form and the character of human sexuality as revealed in special and general revelation? Knowing that the shapes are three dimensional keeps us from expecting two-dimensional outlines of everything—and so we’d appreciate it if people would stop demanding these from us. Sometimes God doesn’t give us GPS coordinates for the mountain. Sometimes he doesn’t specify a brand of tire for the car. But this doesn’t stop us knowing the mountain is there, and that space-savers are a bad idea.